Island “St. Anastasia” opened its doors to visitors on May 15 this year after it was fully restored and turned into a tourist attraction within the project of the Municipality.

Every day to the Isle of Burgas has five courses, which were carried out by three ships. Apart from Burgas to “St. Anastasia” every day with tourist boats or private boats come visitors from Sozopol, Nessebar, Primorsko, Tsarevo. The end of August Island “St. Anastasia” welcomed 30,000-ing visitor. 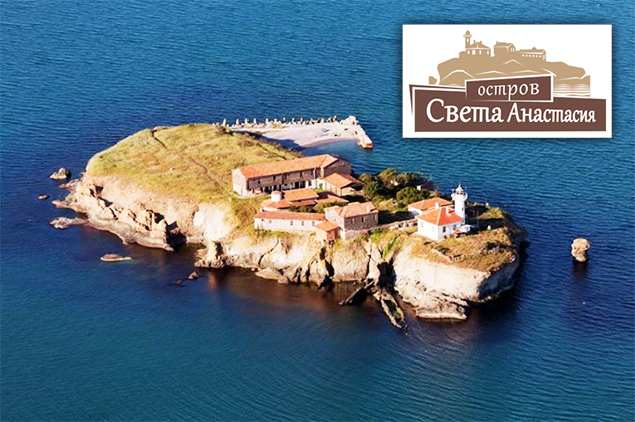 St. Anastasia Island is located in the Burgas Bay in the Black Sea. It is a volcanic rock island, 12 meters high, at some places up to 17 meters high, and its area is almost 9 decres. Between 1959 and 1990 it was known as Bolshevik Island. It is surrounded by mystery and there are hundreds of legends and stories about it.

The monastery “St. Anastasia Farmakolitriya (Healer)” is the only island monastery in Bulgaria, preserved till nowadays. In the Middle Ages, such holy sanctuaries was of Sozopol islands “St. John”, “St. Kirik and Julita” and the island of “St. Thomas”, but now they have only archaeological remains.

Church sanctuary existed until 1923 when the monastery was converted into a prison. There are 132 persons exiled communists and agrarians. Difficult maintenance of island prison forces the government to transfer prisoners in the Burgas police station, and some of them are released 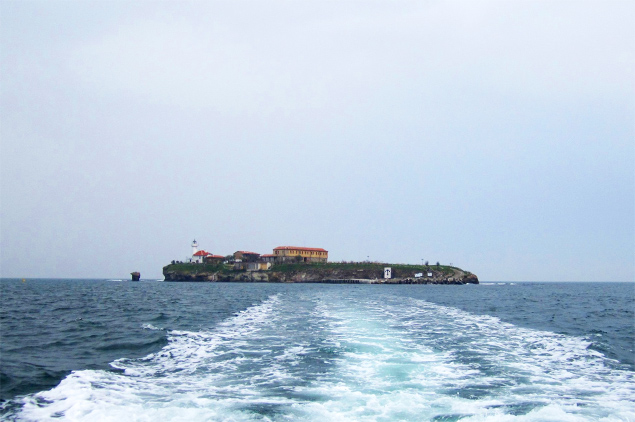 The lighthouse on the island was built by a French company in 1889 He was mounted on an iron pillar, towering 40 meters above sea level and at a good time its light is visible from 10 miles. In 1912, in the northern part of the island are the foundations for the new lighthouse, which guides ships today. He is keen for the first time on June 13, 1914.

Learn more about Anastasia Island in the official page of the site: http://anastasia-island.com/

You can rent a car from our official wensite: toprentacar.bg
See here how to make a reservation for a trip to the island “Saint Anastasia”: http://anastasia-island.com/plan.php?id=33