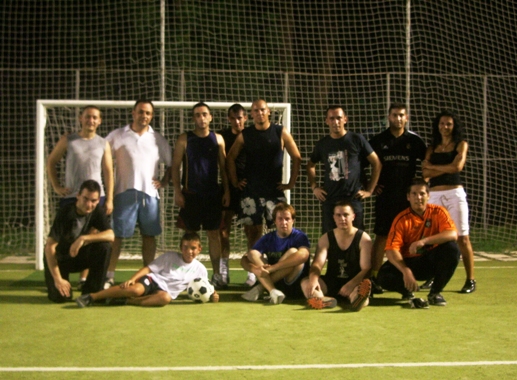 “All The Rest” clinched the Top Rent A Car classic derby and set a new goalscoring record with a sensational destruction of the agent team at the Sea Garden Football Fields. The final result is Rental Agents: 0, All The Rest: 5!

“The Rest”was given the best possible start by Plamen in the first minutes. For the next 10 minutes they gave their fans some anxious moments. The game changed on a nice attack on the half-hour when Niki Raykov was clearly brought down by “The Agents” defender Daniel. Drago scored the free kick. In the 30th minute the title was sealed as Plamen and Rodi combined and Drago almost walk the ball into the net.

The football saga continues for both teams. Stay tuned, more games are coming!